Recently the Raspberry Pi has released the Version 2 (Pi 2) and like most IT people, we just had to get our hands on the little fella!

So off we trotted, and got hold of a lovely Raspberry Pi 2 Model B, with a nice case and power supply, and I dug out an old Micro SD card to use. 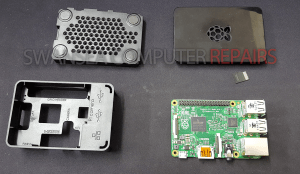 Excelent I thought. Its really pretty and can do so much!!……..Which leaves me with the question… What am I going to do with it??

After discussing it with a few other members of staff, I decided to take over the meeting room for a few hours and re live my childhood. I was going to install a Retro Pi! First things I had to get all the stuff sorted before I could start, including two cheap usb controllers and stealing the wireless mouse and keyboard from the meeting room.

Booted up my Windows Laptop and made my coffee.

At this point you have about 20minutes to wait, so off I went and made everyone a cup of coffee. No better way to keep collegues sweet then to ply them with hot drinks while you sneak off to make a retro gaming machine.

Accept the warning
password is standard on all Pi (raspberry)
sudo nano
/boot/config.txt
this will open up a config file for you to edit.

this will force it to use the HDMI cable connection.
Press Control-x
Press y
Press [enter]
sudo reboot
[/code]

[code]
Power down the Pi
Yank out the sd
card and put it back into the windows machine
use Notepad and open up the config.txt file found in the /boot/ directory
delete the ‘#’
infront of the hdmi_drive=2
save
eject the card and put back into the pi
Power on.[/code] 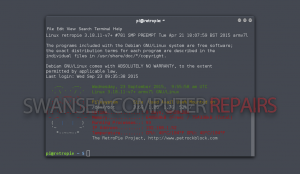 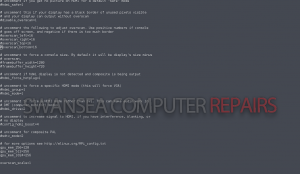 You will also notice that the card contains a folder structure in “roms” to put correct games into the correct folders. Have fun! Time to relive my youth! 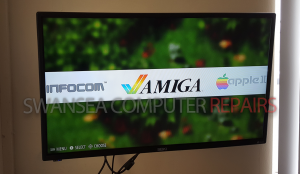 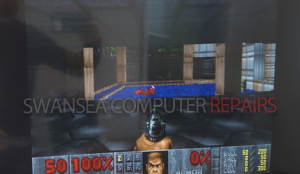 Book a Computer Drop off, or ask for help or advice today

To Book a Computer Drop off

To book a computer to be dropped off at our workshop for our onsite Engineers to diagnose, or repair, please contact us for a online check, and then arrange a PC Drop off below.